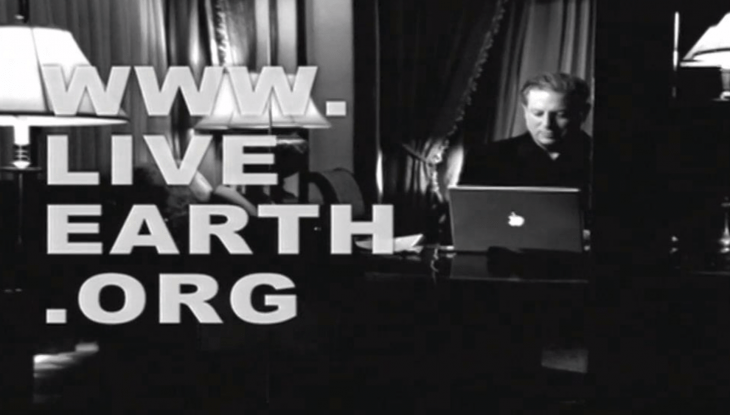 One of a series of celebrity spots for the Live Earth concert, a ground breaking international climate change awareness concert event seen around the world. The concept of this campaign was extremely simple—shot in black and white we filmed slices of life that featured international notables including Vice President Al Gore (who organized the event) Sherly Crow, Kate Hudson and Meg Ryan. We filmed this spot with Gore at the Regency Hotel in New York. Our original concept for the ad, which we thought was much more visually striking, was shot down by some of his handlers before the VP entered the room.