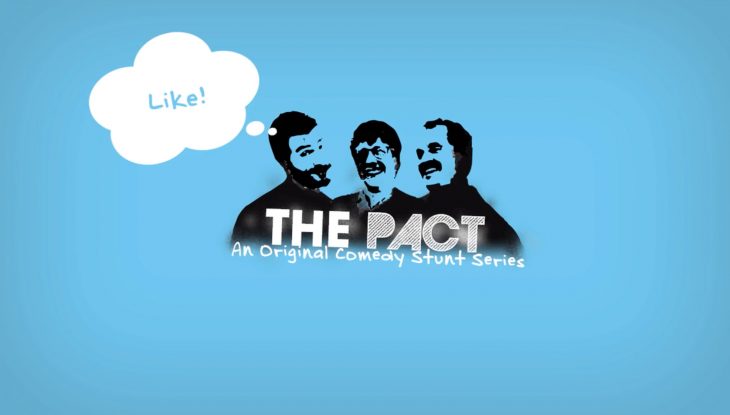 This is a trailer for the Firestone Productions produced branded-entertainment web series “The Pact.” This series of six comedy webisodes features hidden camera gags done by comedians filming on the HTC One smartphone. Some of the skits included a “hijacked” Hollywood star bus tour, punking their parents, going on first dates and goofing off at the gym.